A few years later my parents were surprised when they realised that I showed an unusually great interest in animal world. Later when I picked up a pencil and drew the animals on a piece of paper they knew that I was destined to become an artist.

Of course without them I would not be able to walk the road I very early stepped onto as they were the ones who first enrolled me on the Barcsay Art Course for Children where I learnt the essential basics of drawing and painting, also learnt how to do life and figure drawing and other different techniques of graphics and painting.

The topic of depicting the animal kingdom was my own, somehow subconscious choice. Studying graphics and painting professionally was necessary and vital as they are my ultimate and inseparable tools for self-expression through my works.

I was a self-taught artist walking my way and following the guidelines of highly respected artists such as Pal Csergezan and Robert Muray the two icons of  Hungarian animal paintings who greatly contributed to my development by providing valuable guidelines and recommendations. Later on I could profit from the teaching of Attila Meszlenyi which resulted in a change in view and also helped me with my preparation for University.

In 2001 I was admitted to the Graphic Design Faculty of the Hungarian University of Fine Arts.

From 2003 I started studies to become an art history teacher.

I spent the 2nd semester of 2004-2005 in the Graphic Design Faculty of Fachhochschule Darmstadt, Germany via the Erasmus program

I graduated in 2006 from the Hungarian University of Fine Arts in Graphic Design, Drawing and Art History. 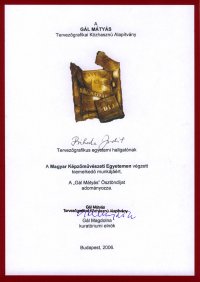 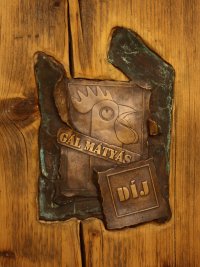 In 1999 I received a diploma from the Pal Csergezan Foundation. 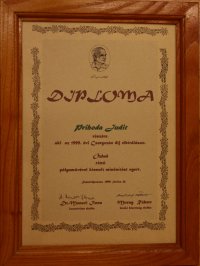 In 2000 I was acknowledged by the Nimrod Hunter Magazine and Foundation. 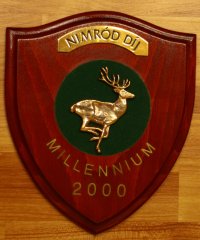 In 2009 I took a detour into the word of caricatures and submitted my works to the Bajai II Caricature Competition in the topic of ‘Forest of Gemenc tells a story’ where one of my works won 1st prize. 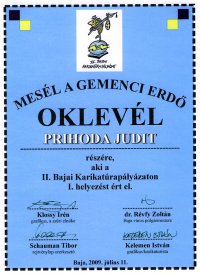 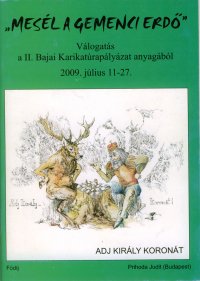 In 2004 I designed a series of limited edition stamps and envelopes for the Hungarian Post with the title of Hungarian dog breeds which were released into circulation the very same year.

I continuously attend individual and group expositions nationally as well as internationally. I have had expositions in Hungary, Germany, in the Netherlands,  Spain and in the USA, just to mention the most important ones.

I have taken part in an art camp organised by Gemenc and Gyulaj Zrt. every year since 1999.

I attended study trips in South Africa in 2000 and in Namibia in 2007 where life changing experiences in the local animal world had a deep impact on my work.

Since 2003 I have regularly taken part in the Wild in de Natuur exposition in Enscheden, the Netherlands open only to artists personally invited on the basis of their merits.

I am a member of MAOE (Hungarian Fine Artists’ Association)

In 2014 I’ve got the Art Grand Prix from the Hungarian Hunting Cultural Associacion. 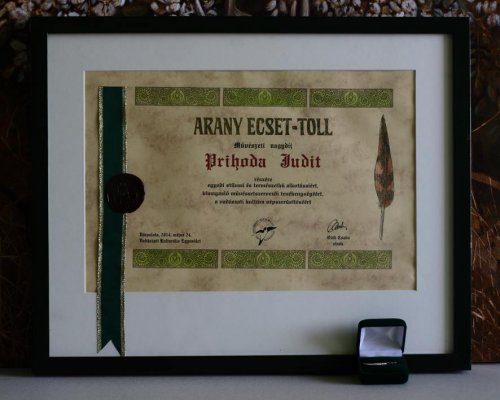